A three-year project was conducted in 14 Alberta environments from 2014 through 2016 at rain-fed sites Bon Accord, Falher, Lethbridge and Killam, and at an irrigated Lethbridge site. Canola was grown the previous year, while barley was not grown for at least two years preceding the trial year in most environments, reflective of the relatively long on-farm barley rotations in Alberta. This resulted in relatively low disease pressure in all years of the study.

The objective of the project was to evaluate the performance of ten feed barley varieties under standard and advanced agronomic management under no-till conditions. The researchers hypothesized that varieties may have differential responses to advanced management, thereby requiring variety-specific management to maximize feed barley yields.

Advanced and standard management was applied to each of 10 feed barley varieties that were selected to represent high acreages grown, new genetics, various breeders, and years of registration between 2000 and 2013. The varieties included the six-row feed barleys Amisk, Breton, Muskwa and Vivar; and the two-row feed barleys Gadsby, Busby, CDC Austenson, Champion, CDC Coalition, and Xena.

Plant height and lodging were not affected by the advanced management, which included additional post-emergent N and Manipulator plant growth regulator application. Lodging was rated as 17 for standard practices and 16 for advanced practices (0 = upright; 100 = completely lodged). The researchers indicate that selecting a barley variety with superior genetic lodging resistance is currently the best approach to manage lodging in Alberta, until more effective PGR active ingredients are registered for use in barley in western Canada.

Variety-specific management of feed barley was not required in the low disease pressure conditions of the study. Yield increases from advanced management were consistent across varieties and ranged from 8 to 11% with an average 9.3% yield increase. In the environments with average or above average growing season precipitation, between 10 to 20 inches (251 to 502mm), advanced management increased grain yield by 8 to 18%.

In areas with lower precipitation of 4 to 7 inches (101 to 181 mm), the yield increase was only 1 to 3%, indicating little benefit with advanced agronomic inputs.

Contributions of individual advanced management inputs were not measured, but with little disease pressure and little lodging, the greatest contribution to the 9.3% yield increase likely came from post-emergent N.

CDC Austenson, Xena, CDC Coalition, and Champion were higher yielding than the other varieties and had favourable quality traits. The two-row variety Champion performed well in low precipitation environments and would be a good choice for managing risk in these environments. Six-row varieties had lower test weight than two-rows, which was exacerbated further in low precipitation environments, enough to occasionally reduce six-row variety bushel weights below the standard 48 lbs/bu.

The researchers noted concern that older varieties were among the highest yielding. The most recently registered varieties Amisk, Breton, Gadsby, Busby, and Muskwa, registered between 2008 and 2013, yielded 3 to 8% lower than varieties registered 8 to 13 years earlier in the year 2000 (Vivar and Xena).

In above average moisture environments, researchers recommend growing a high-yielding two-row variety such as CDC Austenson or CDC Coalition with advanced agronomics. However, researchers note that fields with low disease pressure due to a longer barley rotation will likely see very small yield gains from a foliar fungicide. In a separate experiment that was grown alongside the advanced management trial using Amisk, in the same 14 environments foliar fungicide applications results in only a 3% yield increase (Perrott et al. 2018a).

In low precipitation environments, Champion was favoured to maintain higher yields, but advanced agronomic inputs are not likely to contribute to yield or quality. 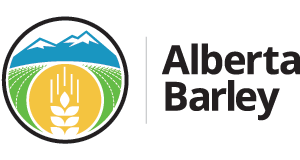