Barley silage and pea stubbles were identified as high-yielding alternatives with higher protein and greater stability compared to canola stubble in the Black soil zone. Barley grain stubble was identified as intermediate stubble option while oat stubble was a poor option.

Research was conducted to investigate a range of cereal and non-cereal stubble options to determine sustainable winter wheat crop sequences in the Black soil zone. While conducted in the early 2000s, the research still provides guidance for winter wheat re-cropping sequences.

Planting of winter wheat was at the optimal date between August 20 to September 15, or occurred immediately after the main plot crop was harvested if harvest was delayed past the optimal date.

Among the upper-yielding stubbles, results were less variable across sites and years when winter wheat was grown on barley silage stubble. The researchers suggest that variability on canola and pea stubbles could be reduced with proper crop residue management.

*Those means that are underlined or italicized are means in the greatest and smallest group.

Kernel protein concentration generally was the greatest for crops grown on wheat or pea stubble compared with canola and oat stubble. The Canadian Grain Commission requires a minimum grain protein content of 11% for Canada Western Red Winter wheat. With the exception of Osprey winter wheat grown on oat stubble, winter wheat always achieved this minimum on all stubble types.

Snow trapping by the various stubbles was also measured. Increased snow trapping could increase the thermal protection of winter wheat crowns in winter months and improve soil water availability the next spring. Snow trap potential (STP) was assessed by the formula: [stubble height (cm) x stubble stems per m of row x stubble rows per m]/100. Previous research had set the minimum STP for winter wheat production at a value of more than 20.

Snow trap potential was greatest for cereal stubbles (63.1 to 93.6), intermediate for barley silage (42.8), and least for canola (29.8) and pea (7.8) stubble. The average snow depth across winter months was about 1.2 inches (3 cm) less for pea and barley silage stubble versus canola and cereal stubble types.

However, none of the snow depth differences among stubble types were related to any plant stand differences. This indicates that plant stand survival and snow trapping were not important in this study.

Barley grain stubble and oat stubble were identified as intermediate or poor stubble options; however, these stubble types may be the only option for winter wheat plantings in some areas.

This project was made possible with funding from Ducks Unlimited and the AAFC Matching Investment Initiative. 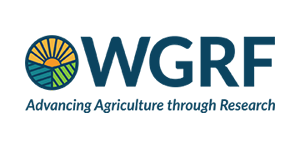 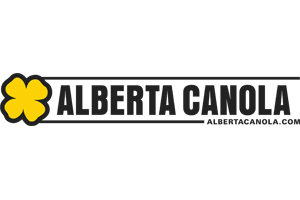